just in time for the faux fiscal cliff! 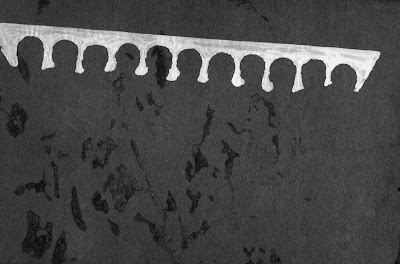 Fluxus, now, then and whenever!

Call for entry: Indiana University KokomoIs calling for Fluxus work for a gallery show this February. Performance scores, boxes, performances,video, collage, games and any other style of Fluxus work will be considered. The Indiana University Kokomo Art Gallery is the premier exhibition space in north-central Indiana located between Indianapolis and Chicago with close proximity to St. Louis, Cleveland and other major Midwestern hotspots. The campus serves approximately 3800 full-time students closer community of about 50,000 people.

Artists will be responsible for the shipping and return shipping of their work to show as well as any additional costs for installation. Indiana University Kokomo Art Gallery will provide an opening reception and announcements distributed to its mailing list as well as press releases to the major resources throughout the Midwest. All work submitted will be considered for exhibition, gallery reserves the right to exclude work  deemed out of context for the particular show.

Work should be submitted to; Indiana University Art Gallery, 2300 South Washington St., Kokomo, IN 46903, in care of: Gregory Steel
For info contact; gsteel@iuk.edu
Posted by gregory steel at 11:06 AM 1 comment: 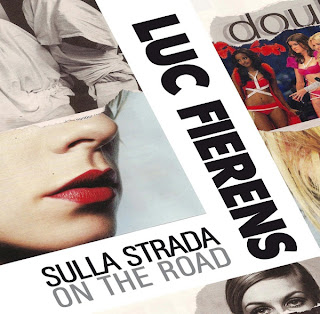 Posted by Luc Fierens at 4:50 AM No comments: 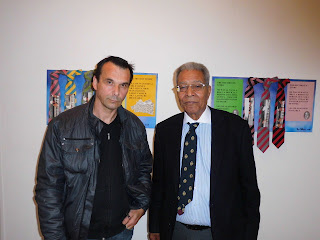 Posted by Luc Fierens at 4:49 AM No comments: 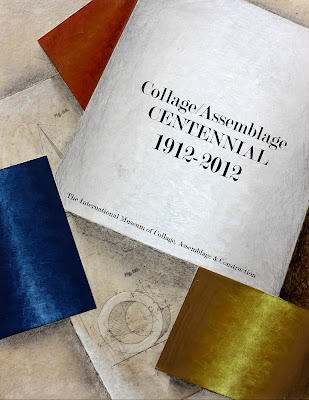 Updated video of my son Archie's machine he made for his foundation art course. He's off to Brighton University in September to study sculpture.
Posted by Wastedpapiers at 1:41 PM No comments:

My son Archie made this automata and film for his art foundation course final show in two weeks. He's off to study sculpture at Brighton in September.
Posted by Wastedpapiers at 4:44 AM 7 comments: 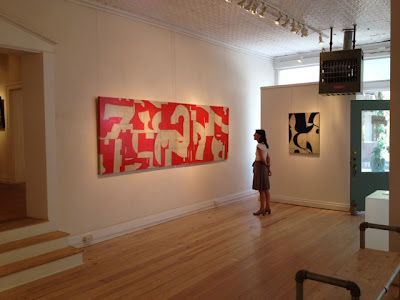 http://ceciltouchon.blogspot.com/2012/05/unspoken-remains-typographic.html
Posted by Cecil Touchon at 12:02 PM No comments:

1) Wait for tomorrow to arrive.
2) The performance ends when it arrives.
Posted by Allan Revich at 4:32 PM No comments: 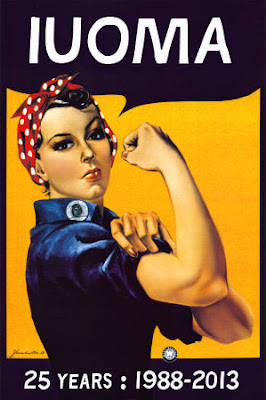 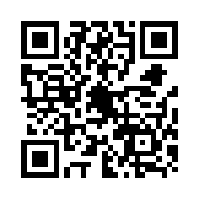 Posted by Ruud Janssen at 10:53 AM No comments:

Picasso and Dick and Allison 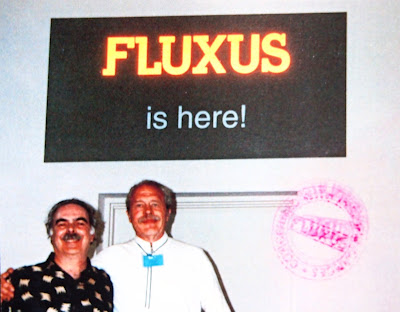 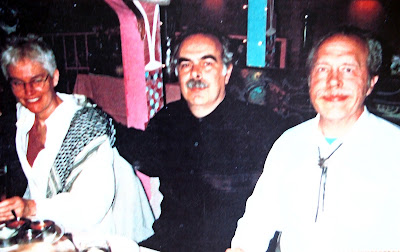 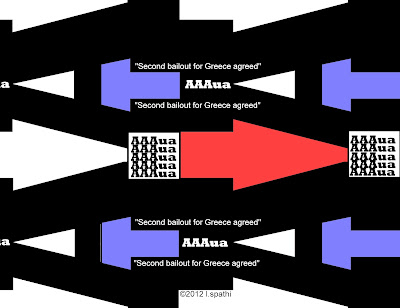 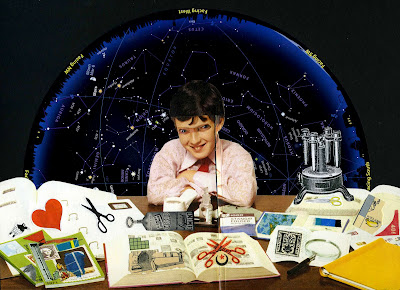 Posted by Wastedpapiers at 4:44 AM No comments: 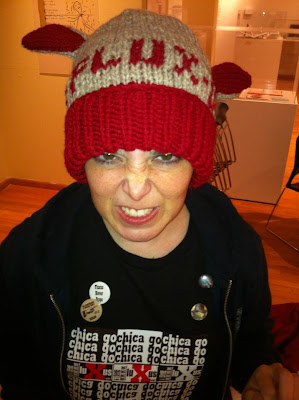 Labels: a red circle with nothing in it by allan revich, Bibiana Padilla Maltos, Chicago, Fluxus Fest, Litsa Spathi 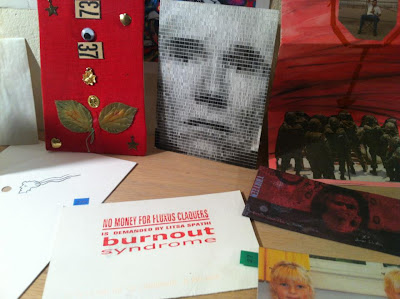 Chicago Fluxus Fest 2012 - Photo by Allan Revich
Posted by Litsa Spathi / Nobody at 1:14 PM No comments:

Open publication - Free publishing - More collage
Posted by Wastedpapiers at 2:33 AM No comments: 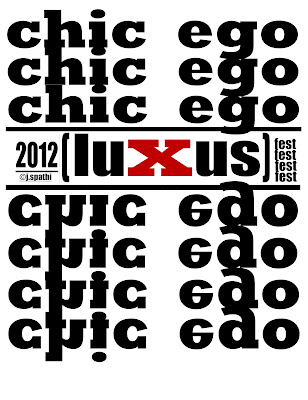 20 Years In The Mail

Open publication - Free publishing - More catalogue
Posted by Wastedpapiers at 11:46 AM No comments:

Open publication - Free publishing - More 1984
Posted by Wastedpapiers at 3:16 AM No comments:

'memories of a dentist' 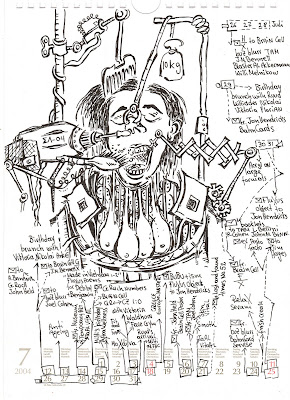 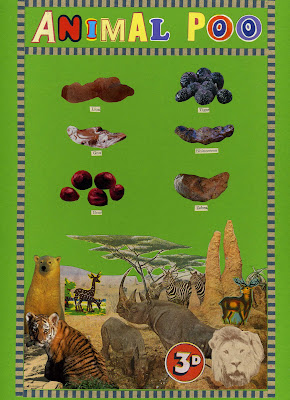 Collage for latest theme at The Kollage Kit.
Posted by Wastedpapiers at 5:29 AM 1 comment: 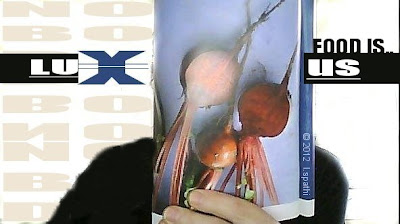 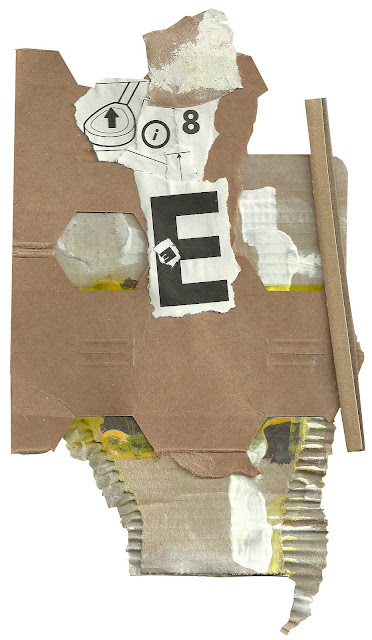 Bruno Neiva Collage
See incoming works from 2011 here: http://om-2011.blogspot.com/
It is hard to keep up with all the great works coming in. But it is fun! The mission of the museum is to create a collection that is gathered together like a scientific museum that collects rocks or bugs or perhaps like an anthropological museum. It is a cultural record of contemporary art that is unique, in that it is not based on artists being famous or based on the collections of wealthy collectors like most art museums are. It is an artist oriented museum developed around living connections to artists.
Posted by Cecil Touchon at 12:31 AM No comments:

CALL FOR WORKS: DEADLINE FEBRUARY 15, 2012.
PLEASE REPOST
The modern use of collage techniques is consider to have begin in 1912 with works by Pablo Picasso. Constructive art as been growing ever since. To celebrate this 100 year anniversary the International Museum of Collage, Assemblage and Construction (collagemuseum.com) would like to invite you to contribute one or more modest sized hand-made collages, assemblages, box assemblages or constructions* representative of your working style for a large (hopefully overwhelming) exhibition that will be held in 2012. A catalog of the exhibition will be created and made available to contributors at actual cost. A PDF version of the catalog will be available to contributors for free.

No Fees, No jury, all works accepted and exhibited, none returned. Your contribution will become an important part of the Museum’s permanent collection.

Please send one or more collages, assemblages, box assemblages or constructions of modest size (you decide what is ‘modest’) that is ready to hang on a wall or exhibit on a pedestal or shelf. Works on paper should be framed if possible or, at a minimum, send in a clear resealable polypropylene bag. Unframed works will be hung together like an installation.

Please send one of the museum’s Deed of Gift forms filled in clearly and a photo of the work. To download a copy see: http://ontologicalmuseum.org/exhibitions.html

On the back or bottom of the work please be sure to include your name and contact information as well as an email address and your website if you have one.

In addition, please send by email:

o Additionally, send a digital (1000-1200 pixels on the long side) of the work by email with description and contact information for the web page that will be created for the exhibition.

o A thoughtful statement expressing your views about collage, assemblage and/or constructive art as a contemporary form of art making and/or discuss the history of this genre and why it is interesting to you. These statements will be part of the catalog. Imagine that you are primarily speaking to the other artists who will be participating.

* photo montage and digital montage will also be acceptable if printed in high definition/quality on archival material, unique and signed. However, hand made works are preferred.
Posted by Cecil Touchon at 12:23 AM No comments: 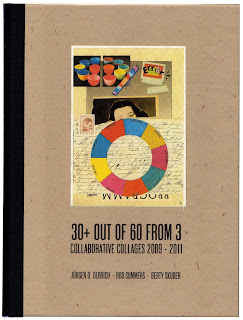 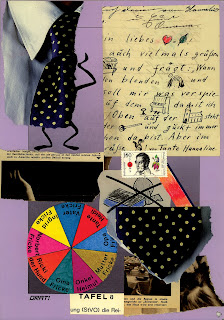 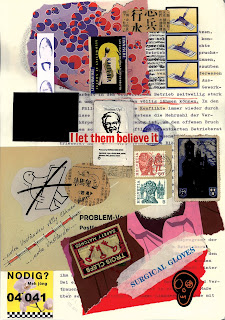 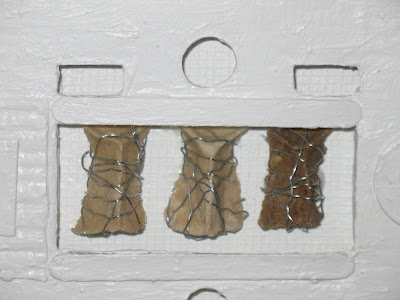 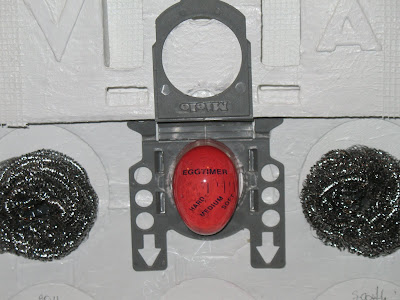 To be Anti-Fluxus is to be a crafter. 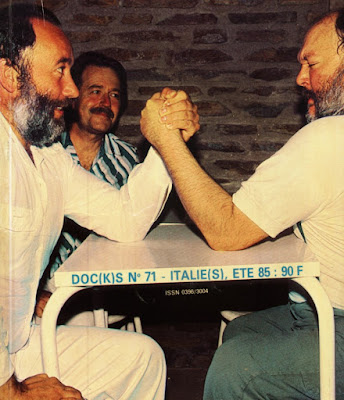 Posted by Luc Fierens at 9:26 AM No comments: