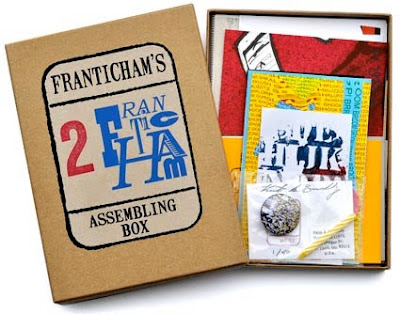 A5 box with contributions from 23 invited artists
Visual poetry, collages, prints, multiples and objects
This is a project on invitation only
40 copies signed and numbered 1/40 to 40/40
Only 15 copies available for sale
Price: 70 euro / 100 $ / 60 UK st.

You can also order by email at info@redfoxpress.com
Posted by Litsa Spathi / Nobody at 11:16 AM No comments:

On the occasion of the slogan “Donate a chance at life” of the Hellenic Society of Haematology, we are organizing a Mail Art exhibition in Athens, Greece and we are inviting artists from all over the world to participate and donate, with their work, the blood of life for their fellow-man.

All works must be sending by post with postage stamps.

Works will not be returned, they will all be exhibited.

All proceeds will be donated to the Hellenic Society of Haematology (www.eae.gr/new/index.asp) and will be auctioned by it for its purposes.

The exhibition will be held in Syntagma Square in Athens from the 21st until the 28th of June 2010.


21-28 June is the European Week Against Leukemia and Lymphoma.


The exhibition will also be presented in Thessaloniki on November 10th 2010 at Vellideio Cultural Centre, from the same organizers.


Artists who wish to take part in this exhibition as well should send their works until September 10th 2010. If you send your works for both exhibitions please note which one is for each exhibition.

Catalogue will be sent to everyone by the Hellenic Society of Haematology.

-Under the auspices of the:

-José Carreras Friends Association of Greece-Fight against Leukemia (www.carreras-gr.blogspot.com and the


Works can be sent to:


Please do not forget to note your address and e-mail.

Any artist is welcome to paint on music paper if they wish to. Examples of music paper can be found at the following website: www.dolmetsch.com/manuscriptpaper.htm

The exhibition will form part of the events presented in Athens during the annual World Music Day (June, 21).
Posted by Litsa Spathi / Nobody at 2:09 AM 1 comment:

Hey Everybody, This is an update on the week of April 15th,
as activities in New York have Expanded for the week . If you were thinking about coming up,
please try, as with most events, the more people, the better - and a chance to perform with
everyone on Friday .

2. Friday, April 16th - Inside / Outside Fluxfest at Printed Matter
Performers ( So Far ) are :
Reed Altemus, Picasso Gaglione, Joshua Rutherford, Melissa McCarthy, Perry Garvin, Ruud Janssen, Christine Tarantino, Darlene Dormel, Warren Fry, Jennifer Zoellner, Jessica Feinstein, Mark Bloch, Keith A. Buchholz, Olchar F. Lindsann, Tomislav Butovic, and whoever else shows up to perform .
The performance is at 6 pm with the first 30 minutes inside Printed Matter.
At 6:30 we will move outside and unroll a banner that says “ FLUXUS STREET THEATRE “
and begin the second part of the performance .
( Printed Matter will be featuring the release of our new series of Performance score pamphlets that evening ).

3. Friday Night, Following the Performance - 8pm
New York Correspondance School Dinner - at Katz’s Deli
Spread the word !!! - a classic meeting re – emerges at historic Katz’s ….
Let everybody know - It would be great to have as many folks there as
possible .

4. Saturday, April 17th Lectures at Stendhal - John Held Jr., Ruud Janssen ,
and Geert De Decker ( Stuka Fabryka ) Lecture on Mail Art, Rubber Stamp, and
Fluxus .
1 pm ( tentatively ) I’m not completely sure of the time, but We’ll know the
lineup for sure by the time we get to New York .

6. Sunday Morning - The Raid on Rutgers ……..
For those who wish to venture out on the train …..
The Post Neo Absurdists have put together an informal tour of HISTORIC FLUXUS
SITES on the Campus of RUTGERS ….. see where the FLUXMASS really
happened ……. And lots more ….
Our hosts Olchar, Warren, and Tomislav have done all the footwork - this will be fun ……
Poster and Flyer files for both shows are posted at fluxusstlouis.blogspot.com
This is all I’ve got for now, I’m sure there will be more to add by the 15th …..
Looking forward to Seeing everyone, Peace, - Keith
Posted by Keith Buchholz at 11:34 AM No comments: 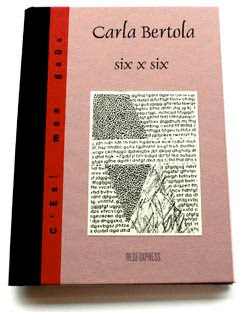 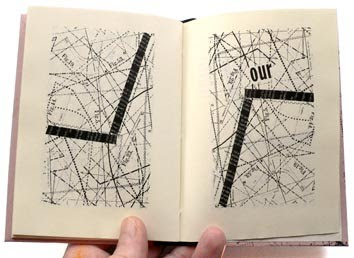 visual poetry from Italy
http://www.redfoxpress.com/dada.html
Posted by franticham at 4:49 AM No comments:

tHE sTREET AT nOON IS--hot-- 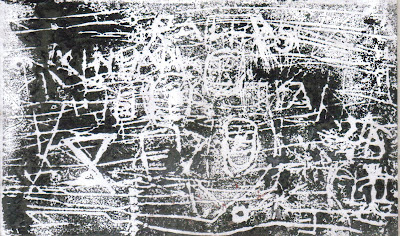 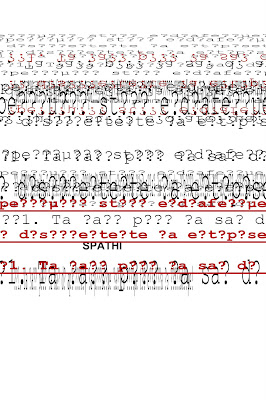 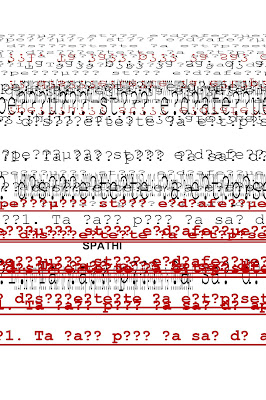 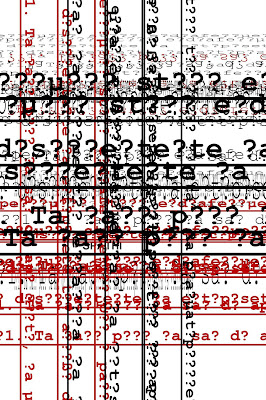