The History Of Collage 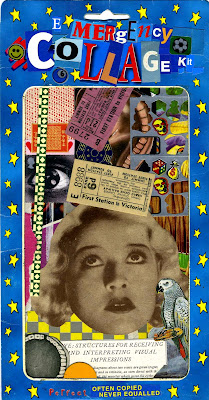 Coll-age - from the Greek , meaning a collection of old tat glued to an animal skin - or is it French? Anyway, it's donkey's years old and steeped in history, wine, fermented goats curds and a fine musty odour similar to a Yak's chafing belt.
It all began really some years later when artists ran out of paint during the great Paint Drought of 1876 and they had to do something else or go totally mad sniffing all that turpentine and drinking absinthe. One of the first collage artists was Gordon Le Bennet who lived in Paree, somewhere in French France. He was often found sticking post-it notes to Toulouse Lautrec's posters telling him where the next knees up was going to be and to make them more interesting added a cut out from the Exchange & Mart - usually of a shed or some gum boots - applied with his own spit. 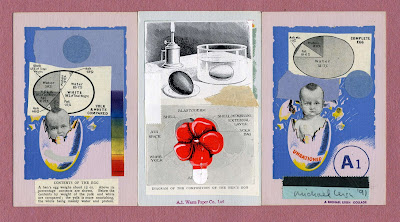 Years later a small group formed calling themslves the Extortionists , or was it the Contortionists? Anyway, they used more suffixicated methods using real animal glue and a large brush made from a badgers eyebrow. The leader was George Brark and he became famous for his colluges - as he later called them- of still lives fashioned from the empty packets of biscuits and sweets he mainly lived on. Soon many others were drawn into his collugey web - people like Pricasso, Max Unst and Salvador "Where's Me Bike" Doolally.
Coming right up to date now we have the Kollage Kids who cut out all manner of old junk to amuse and mystify the interweb world. They have a blog which you can find HERE called The Kollage Kit. Go and have a look - I think you'll be amazed! 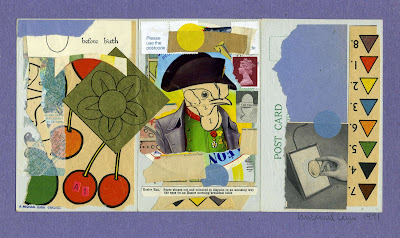 Posted by Wastedpapiers at 11:30 AM No comments: 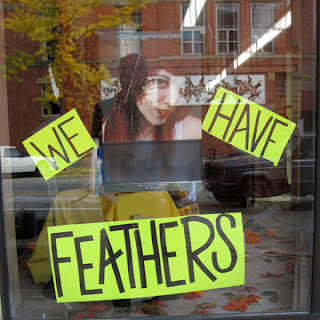