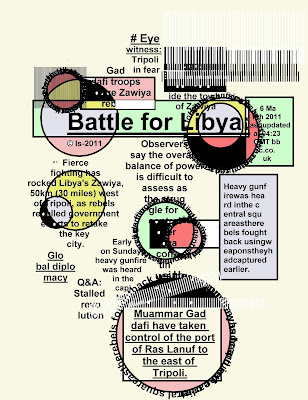 Pro-government forces were pushed out of the city centre in heavy fighting on Saturday morning, but regrouped for a fresh assault.

Early on Sunday, heavy gunfire was heard in the capital.

Rebels fighting Col Muammar Gaddafi have taken control of the port of Ras Lanuf to the east of Tripoli.

The rebels have pushed further west towards Sirte, Col Gaddafi's heavily guarded hometown, and captured the town of Bin Jawad, 160km (100 miles) from Sirte.
http://www.bbc.co.uk/news/world-africa-12654670
-visual poem by Litsa Spathi
Posted by Litsa Spathi / Nobody at 9:37 AM 1 comment: 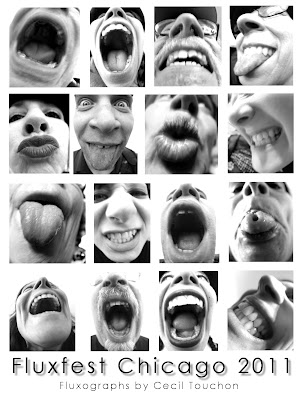 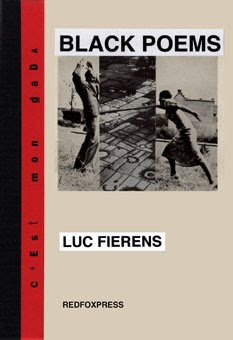 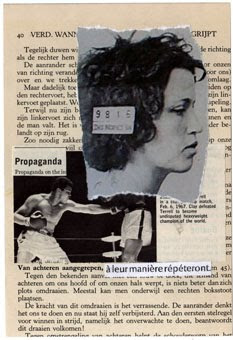 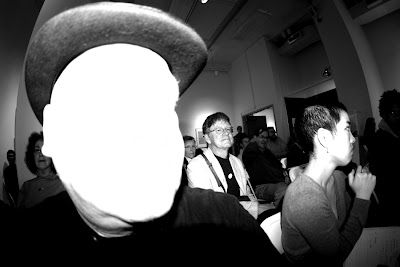