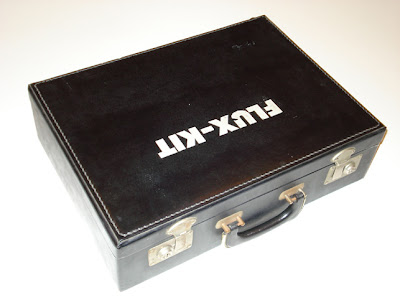 “Thus there is in the life of a collector a dialectical tension between the poles of disorder and order,” philosopher and critic Walter Benjamin observed in his 1931 lecture Unpacking My Library. In the museum’s tidy spaces, where a predominant curatorial objective is to make sense out of the jumbled reality of things, this opposition between organization and chaos captures the imagination. As my colleagues and I begin to work with the Gilbert and Lila Silverman Fluxus Collection Gift recently acquired by the MoMA—highlights of which are currently on view in the Fluxus Preview exhibition on the fourth floor—Benjamin’s proposal repeatedly comes to mind.
Those familiar with the activities of the artists associated with Fluxus during the 1950s, 1960s, and 1970s will not be surprised to learn of the diversity of this landmark collection. Thousands of films, scores, drawings, multiples, artist products, architectural designs, installations, event objects, and performance photographs and recordings are among the objects included—many of them made with the intention of trouncing traditional claims for art, and the museums and galleries that at the time sustained those rigid assertions. This radical refusal of anything established or fixed echoed the strategies deployed by many artists antsy to shake things up in the latter half of the twentieth century, namely those who embraced collective practices and turned away from painting and sculpture as dominant forms.

This blog post initiates a series of entries that will highlight our encounters with these Fluxus artworks as they emerge from the crates, bins, and bubble wrap in which they arrived. By giving visibility to this exciting—albeit at times messy—process, we hope to provide a unique point of access to the collection that might not otherwise be available, either in the polished domain of the exhibition space or in the finely edited catalogue. Moreover, we intend to draw attention to the irreverently revelatory accomplishments of the Fluxus artists and to their profound influence on art today.

We hope you stay tuned…

Yes, it is there. IUOMA's own TV-Channel, available at:

For you to see some of the videos that were made.
Posted by Ruud Janssen at 7:40 AM No comments: