He Is no Longer One of Us'l 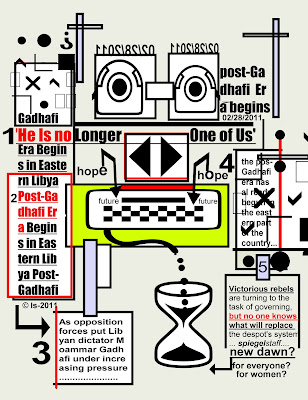 He Is no Longer One of Us'
Post-Gadhafi Era Begins in Eastern Libya2011/02/28
As opposition forces put Libyan dictator Moammar Gadhafi under increasing pressure, the post-Gadhafi era has already begun in the eastern part of the country. Victorious rebels are turning to the task of governing, but no one knows what will replace the despot...'s system. By SPIEGEL Staff.

A young man named Hussam, a 26-year-old with a Kalashnikov slung over his shoulder, controls access to liberated Libya. Passports? What for? Hussam is more interested in finding out how someone entering the country feels about this enormously important event in his life. "What do you think about our revolution?" he asks.
http://www.spiegel.de/international/world/0,1518,748033,00.html
- visual poem by Litsa Spathi
Posted by Litsa Spathi / Nobody at 12:29 PM No comments: 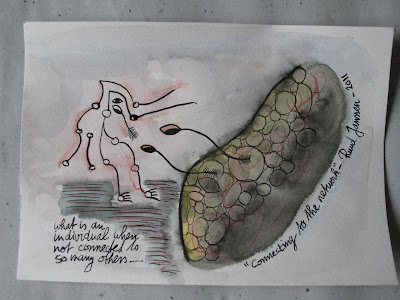 Posted by Ruud Janssen at 12:08 PM No comments: