Press about the upcoming show ....

What the Fluxus?
By Paul Friswold
Riverfront Times - Wednesday, May 26 2010

Some people will tell you that Fluxus died in 1978 with George Maciunas, but how can Fluxus die? The Fluxus approach to art is not any one thing; by nature, Fluxus art is intermedia, combining sound, object, image, text, audience and time into a single experience that allows for both happenstance and accident. That's a way of life in the 21st century, not a dead movement.
Homecoming: Fluxus and Visual Poetry by Regional Natives, an art exhibition featuring work by John M. Bennett, Keith A. Buchholz, Larry Miller and Cecil Touchon, is further proof of Fluxus' ongoing vitality. The show encourages interaction and promises fun for those open to share in the experience — and fun is a vital element of Fluxus.
Homecoming opens with a free public reception from 5:30 to 8 p.m. Friday, May 28, at the Regional Arts Commission (6128 Delmar Boulevard; 314-863-5811 or www.art-stl.com), and the performance begins at 7 p.m. The gallery is open daily, and the show remains up through Sunday, July 11.
May 28-July 11, 2010
Posted by Keith Buchholz at 2:48 PM No comments: 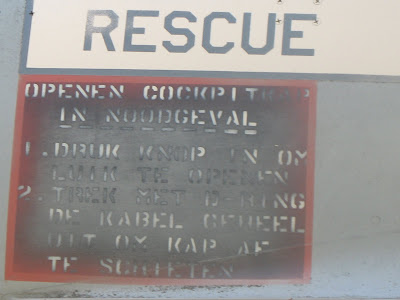 Posted by State of Being at 4:30 AM No comments: 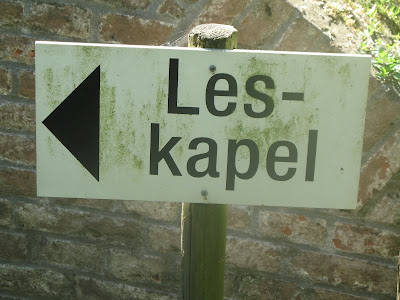 Les-kapel : Read Church
Posted by Litsa Spathi / Nobody at 1:55 AM No comments: 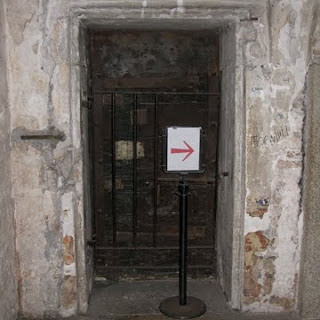 Posted by State of Being at 4:19 PM No comments: 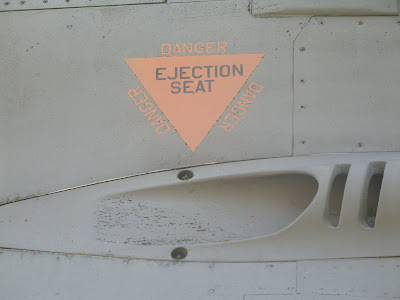 "fluxus military aircraft ejection seat" for people who declare Fluxus dead!
Posted by Litsa Spathi / Nobody at 12:41 PM No comments: 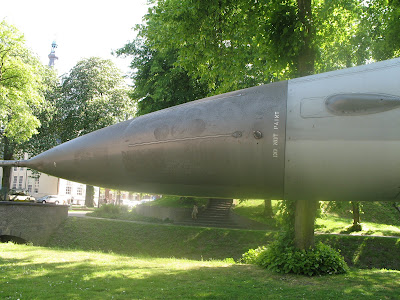 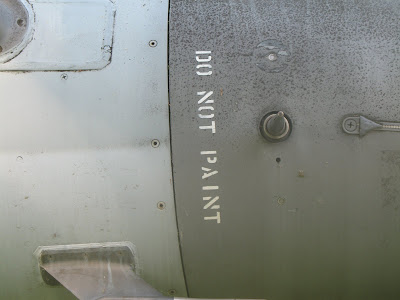 Posted by State of Being at 8:24 AM No comments: 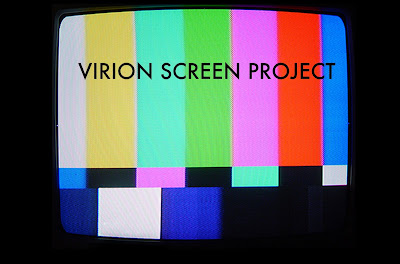 Virion is a screen based digital art exhibition that links to public sites across Brisbane, focused in the Kelvin Grove Urban Screen Network. Visit virion2010.com.au

Virion provides artists the opportunity to display their work across a network of public screens and access a diverse audience. The exhibition is open to all users from professional and emerging artists to people experimenting with cameras and scanners. There is no juried selection process and each work is given equal showing time. Submissions may be in the form of digital stills or video files up to 100MB each.

Each screen will play a compilation of diverse images and video that represent a wide & integrated range of local and international art practices and styles. Screens are located across a range of public, gallery and institutional sites to offer unique viewing experiences and to maximize & diversify Brisbane audiences' exposure to new media practices.

Throughout the exhibition the audience is invited to respond and participate by contributing further content to the show. Sites will be updated progressively to include all work.

Online Artist submissions are now open. To be included in the opening of the exhibition submissions must be received by July 14.

Posted by Nerrada at 7:53 PM No comments:

See my profile or the Colossal Squid for contact info. 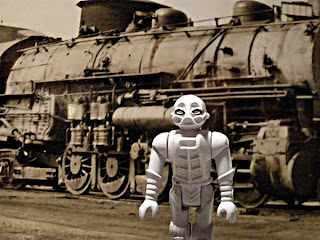 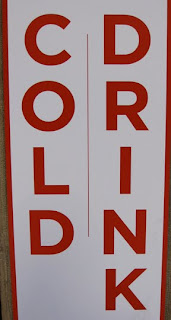 Posted by State of Being at 3:11 PM No comments: 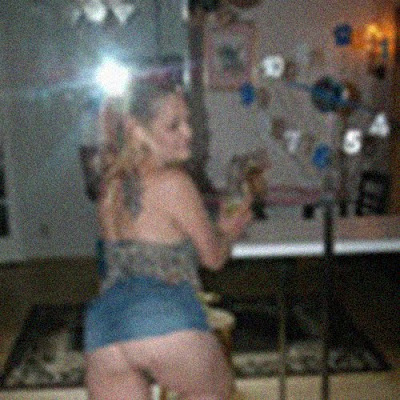 dISCREET pROFILES (the Oregon collection): Your profile photo is in my pROFILE_mUSEUM! Thousands of enlarged and enhanced photographs, mostly low-res cellphone, web-cam, and low-end digital camera self-portraits (self-packaging), culled from dating/social websites -- as you might expect, there is some explicit content (more than is permitted here unfortunately: you really should see them all, but it probably makes little difference) -- fascinating and occasionally disturbing. You may realize that this is not the first time I've collected public imagery: notably dumpster-diving at photofinishers' in the 70's. Whenever possible I retained any color casts, cropping and lighting. The portraits are actually very considered, sometimes selections made/altered merely to obscure the identity that they wished to presumably portray initially. Sunglasses are a popular ruse, as are close-ups of cleavage, butts, tattoos, feet and groins. (Curiously, I've yet to see a picture of hands.) And some, but surprising few, are filched from somewhere online, but this must be a risky choice in the event of an 'actual encounter.' How much introductory information/description do you want to put out there to begin with? There are some very creative, even artful, solutions to this dilemma. This massive 4+ GB PDF ebook is $250 (sorry about the price but it was a hellish amount of work and I guarantee you won't be disappointed or YMB), and must be ordered directly. Use my verified Paypal account to have the DVD delivered at no charge: [bbrace@eskimo.com; http://bbrace.laughingsquid.net/buy-into.html] (in five parts; over 10,000 pages/photos; 6.94 x 6.94") Technically the incredible diverse range of imagery was difficult to bring under control; despite a variety of intricate processing directions, the scripts would inevitably crash or be unable to render a decent image. These were handled individually. The sequence, in the pdfs is probably pretty much random: processing used whatever numbering systems were in place, and then renumbered everything so there was no trace of last origin. If I receive a reasonable number of orders, I'll offer another state of the union or country... but California had to be the place to begin. Sure to be a collectors' (socio-anthropologists') item! An amazing and compelling, collective portrait! The interspersed military imagery (or maybe something else), also introduces a new spin on the hopes for this already tenuous social culture. I've had to organize/sub-divide these in some fashion, so by state/country seem to be the prevailing approach. And given how often workers are compelled to move around, there's more of a local difference in social-sexual proclivity than you might expect. Oregon's up next: a hostile corrupt, conservative police-state that's reflected, I think in the mannerisms of its self-portraiture. It's often favored for national consumer surveys...
/:b
http://tinyurl.com/2g8th2u (california)
http://tinyurl.com/2da2mvo (oregon)
http://tinyurl.com/2bthsnq (washington)
http://tinyurl.com/2w5bwuo (hawaii)
Posted by brad at 10:50 AM 1 comment: 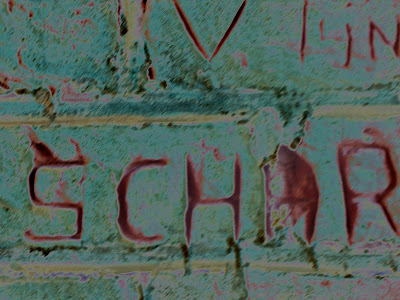 Reid & Alan at the opening of Reid's exhibition, Rebus Haiku, at Garage No. 3 Gallery in Mestre. 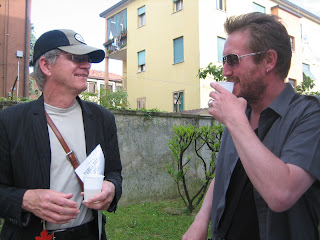 Posted by State of Being at 5:36 AM No comments: 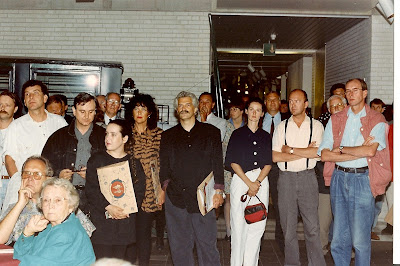 Posted by Ruud Janssen at 6:14 AM No comments: