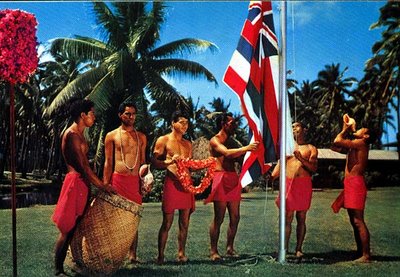 Seen here raising the sacred bedsheets Flag of Flux and playing a fanfare on the golden Conk. Later this is filled with Thrimpron's Olde Peculier and smoked gently as they perform the ceremonial rite of the Wrong Brothers. Chanting the evergreen favourite "Banana Song" as they all push a freshly picked banana up the promanade with their noses and display them for the assembled throng on the pier.
Posted by Wastedpapiers at 3:42 AM